The RCA Society with AND Association is continuing its discussions on London’s built environment and participating in the London Festival of Architecture which takes place during June 2017.

London is a city of myriad layers, each infused with memory: of people, buildings, places and experiences. London’s built environment, with memories bound up within it, is fundamental to how people experience the city, and the starting point from which architects, developers and communities can address change. London’s built memories are never far from its present – living on in old place names, the City of London’s medieval street pattern, or London’s rich architectural heritage. Memory is fundamental to a sense of place: something that communities cherish in the face of change, and a tool for architects and developers as they achieve change and place further layers of activity and memory on top of all the others. 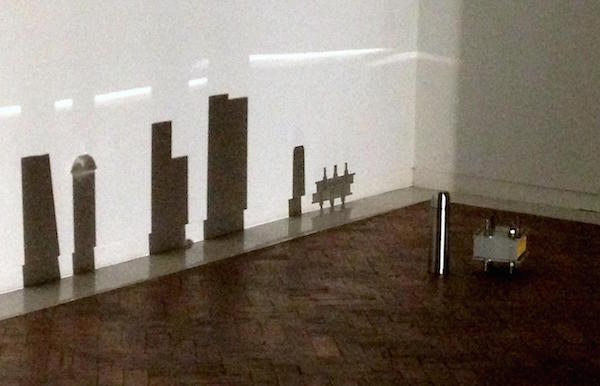 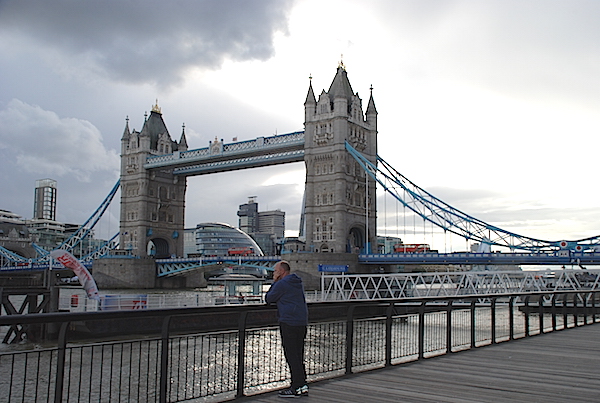 East side of Tower Bridge (City of London) or Dockland areas attracted diverse groups of people from across the world for social, economical, political (including religious) reasons. Contemporary issues around migration reflects much of this social change. The socio economic shifts of production and links to Britain’s colonies demanded new forms of transportation for the shipment and distribution of goods. The building of Docks, Railways, warehouses and small workshops formed an integrated solution. The ‘Blitz’ of WWII, took its toll on the area. Subsequent changes impacted on the warehouses and docks along the Thames; Wapping, Stepney, St Katharines, London Docks, Shadwell Basin and Limehouse Basin and major sites in the Isle of Dogs closed. Railway viaducts linking the Thames’ docklands also lost their function. 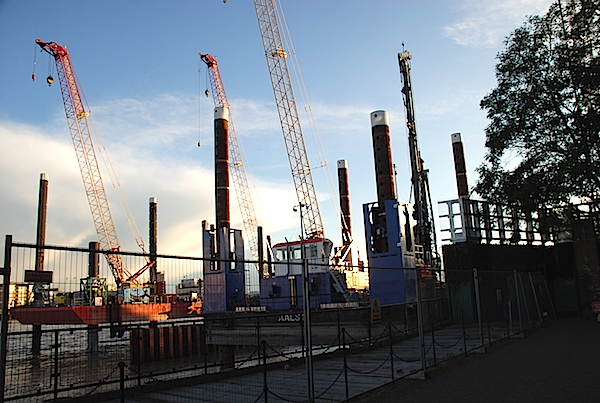 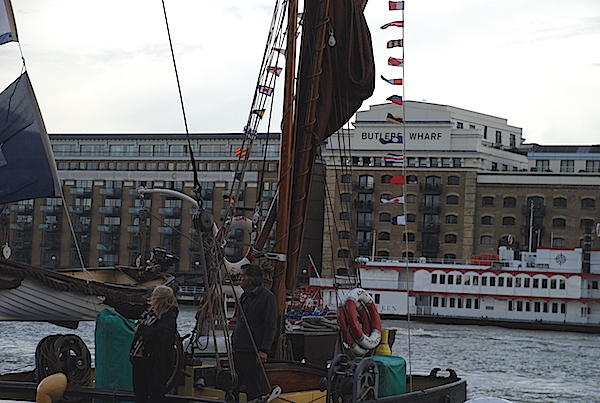 Our month long event will continue the discussions and debates from our input into last year’s LFA - the correlation between natural and man-made disasters.

Running parallel to the continual rebuilding of London we will also look at the increasing number of natural disasters which are destroying towns, cities, forests and land masses throughout the world - many of which are linked to changing weather conditions caused by ‘global warming’. Major events such as the earthquake and tsunami in Japan which invaded the Port of Sendai will be given special focus with a screening of a specially edited video which was recorded along Route 45 in Iwate Prefecture.

I had a good idea about memory

I had a good idea about memory, but I have forgotten it.
What I have learned is the need for infrastructure, (early architectural intervention is needed to secure worthy building projects). A lot of big schemes have a 'name' architect to do a master-plan, but the buildings then get done by less vain architects under developers.
To me, the problem with all of the master-plans that I have seen is that because profit is the motivator for redevelopment, the schemes built are nearly always more dense than the scheme in the master-plan. Look at the flats near you, look at the Battersea Power Station redevelopment. Its quaint that one's London balcony is as close to one's neighbour's London balcony as they might have been in the sixteenth century.
Significantly, the nineteenth century expansion of London was mostly onto greenfield sites, only the central city railways requiring the extraordinary proliferation of viaducts and bridges. Redevelopment in the city is now extraordinarily complex, particularly if one tries to not display the complexity, which is in the skin for many architects. I believe there was no masterplan for London between 1666 and the Luftewaffe, although there were lots of 'visions', particularly in the nineteenth century.
I cannot think of what I might be able to contribute for the LFA. London today is so far from the urban studies at the RCA in the 1980s. If we consider that the master-planner architects are my generation, they had the same or similar studies yet are proposing things which are in my view shameful. The French government has asked Lafarge not to tender for building a wall between Mexico and an ex-colony. In England, how many architects would respect a government asking them not to do something for political reasons? How many architects would not design a tall building because they have no place in London? I'm perhaps the only one. There is no longer a common view of what makes a good city and everything is allowed.
Memory is a very volatile subject. Without a general cultural history in the population, everything becomes spin and lies as memory is only personal. Architecture and environment relies upon collective memory, i.e. history and if it doesn't, it isn't architecture. What we need is some Canaletto paintings of the centre of London with people taking the gondola to get to work instead of the tube as that is the future of London (is that the reason for tall buildings?) when the sea level rises. People have already forgotten that London will be submerged because it won't be in their lifetime. I like the idea of a memory of the future, but then I would: I have a very bright future behind me!