The RCA Society is once again collaborating on a month long project with AND Association during the London Festival of Architecture. You are welcome to contribute comments on the issue of "Identity" and participate with us. Join the conversation which starts below with Peter Ayley...

Identity as a subject in a Festival of Architecture requires foremost the stipulation that it is in relation to the three-dimensional urban man-made environment in industrial societies - Architectural Identity - if not the subject is too large and risks getting lost in introverted politics.

Perception of an Architectural Identity in this context is a conscious recognition of the characteristics which create it. It is an intelligent cognitive process, even if it is often erroneous: The film industry exists by using appropriate signals to create completely artificial identities. Trotting out again the superlative observation that ‘perception is the modification of an anticipation’, Architectural Identity is a product of our education and intellect.

Books on Architectural History are an analysis of the distinctions found in the design of buildings of which a knowledge helps in the deduction of when something was built, from the how and why of their origination. This train-spotting approach is not Architectural Identity but significantly informs the complexity of the identity of older places.

For example, an image of Paris might be the straight and wide boulevards - but the boulevards were as much the result of a new sewage system as urban design. Yet, this was nearly two hundred years after the establishment of the major axis in Paris - the Tuileries gardens of the Louvre extending up the Champs Elysées and now to the distant La Défense. Of course, in 1664, the Champs Elysées was pasture and the Arc de Triomphe celebrating Napoleon was barely complete when he died in 1840.

Unplanned cities (often without any sewage system) or natural landscapes (a nomad needs a tent, not a house of stones) also create a three-dimensional armature from which people will recognize an Architectural Identity with no Architectural History whatever.

In Industrial societies, however, everything has to be designed by somebody somewhere and it could be said that Architecture is a word for describing the conscious work involved prior to the making of things - it is no mistake that the designers of software have hi-jacked what used to be the protected title ‘Architect’ (the Architect’s Registration Board still believe that they are doing a worthy job against abuses of this title!). A question worth asking is: should design be purely engineering or should it stray into the ambiguous territory of designing Identity.

Social housing schemes for example (putting people in cheaply-built dense housing schemes because the alternative of the shanty-town was unacceptable) was a serious endeavour, particularly after the two world wars. Efforts were made to create adequate environments using psychological analysis that created a subtle transition from public space to semi-public space to semi-private space to private space. Honorable intentions which didn’t seem to be noticed by the new tenants, although they could choose the colour of their door. Nowadays, you could more or less say the same for the design of ‘luxury flats’, all the marketing aiming to create the identity that you might not have noticed if you were not told about it.

Indeed, outside of the film studio, there are too many players to permit Architectural Identity to be designed in the real world. The Prince as instigator at Poundbury shows up just how contradictory it is to fiddle. Four fake chimneys on a former power station at Battersea show an astonishing misuse of resources as if a redundant landmark compensates for the (probably) Potemkin lives of the future inhabitants of the adjacent flats.

Adding good new things to an existing Architectural Identity requires design skills which push aside the nostalgic, the ego-centric and madly unecological densities. There is no prerogative to maintain an existing Architectural Identity, although the dominance of land values over urban design is a conspicuous component of the London identity: the development of the19th Century terraces was a similar financial equation as the current explosion in flat-building, but with modest technology and pre-Marxian social values.

Architectural Identity is never static but the urban environment that we are creating today is a conscious process, unlike the free-fall economy that annihilates responsibility for this consciousness. The designer is relegated to that of servant to the money-makers, not advisor, entirely squandering the cultural aspects of their training and making them complicit in contributing to downgrading the public environment. 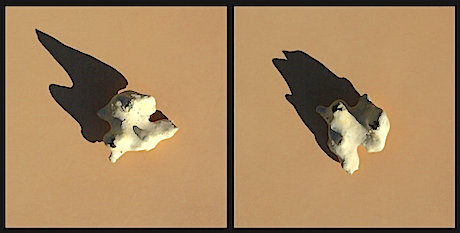 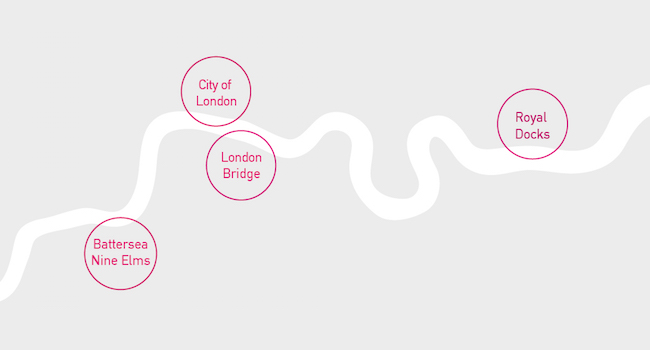 Some more thoughts on

Some more thoughts on London's Identity...(DS)
•human identity through mistakes, stylistic errors (more human), changes of plan, additions ... not recognised by architectural awards
•faces in buildings through doors and windows and why we seek the contrary non-identity today in bland blocks?
•the world has been taken over by major architectural firms colluding with developers. The human scale has been lost. Bring back individual identity! Use the power of web collaboration.
•The way things are going is that only a tiny few super elites will run the creative working arena. We must build a two way internet channels rather that one way for free in return for data to be accumulated by giant monopoly computers.
•Divide a multi-dwelling new build into multiply designed individual units.Use social inclusion planning rules to justify. Bring in a wave of the designers, creators and architects to participate.
•If you were a building to reflect your identity what would it be and where would it be placed.

Joining the London Festival of Architecture for the first time as focus areas, LFA present the City of London and London Bridge as key partners for the festival in 2018. In a year where we all explore 'identity', the City of London will have much to offer as the oldest part of London and a district that has seen permanent architectural flux for two millennia. Just across the Thames, the presence of the City formed and shaped the London Bridge area and the festival this year will celebrate the neighbourhood's changing roles, physical transformation in the Royal Docks.

An RCA Society member submitted the following article written by Elizabeth Hopkirk, which appeared in Building Design. Follow the weblink to read in full:
https://www.bdonline.co.uk/news/londons-tower-pipeline-breaks-500-mark-f...

The number of tall towers planned for London has broken through the 500 mark for the first time.
The pipeline has jumped 12% from last year’s figure of 455 to a new high of 510, analysis by New London Architecture (NLA) shows.
Ninety per cent are residential, with commercial, student, hotels and co-living making up the rest...