We were saddened to hear of the death of Peter Wilcockson, husband of Doreen (a long serving member of the ‘RCA Society Committee). Many of us got to know Peter during trips to Wood Church Air Shows, Tenterden FolkFestival, Stanley Spencers’ Gallery, Cookham and to Peter and Doreen’s wonderful homes, first in Chalfont St Giles then later to their fantastic ‘Orange Farm Barn’ in Kent - where their warmth and hospitality was always so abundant. All of us who had the pleasure of knowing Peter could say so much about his extraordinary scope of knowledge about art, life and the universe but it’s enough at this time to say how much we shall miss him. The following text about Peter was written by their daughter Anna.

My Father, Peter Wilcockson, won his transformational place to Chesterfield Grammar School thanks, to a dank and earthy well. Dad may have had to sit freezing by kitchen candle light in  third- hand laundry water, but at least his brain cells were unsullied by the heavy metals which he believed had dulled his friends whose water came via lead piping. A poverty-stricken “primitive Methodist” Peter didn’t make many schoolfriends.

Peter regularly read to his illiterate grandmother, adding racy details to dull newspaper stories. His father who had left Ragged School at 12, forced him to leave school early so Peter became a clerk at Chesterfield Tube Co, quickly escaping to the Intelligence Corps for the end of World War Two in India and Israel.

Teacher Training College followed where he developed an amazing aptitude for ceramics and painting. For 11 years Head of Art at Queen’s School Rheindalen Germany; he there met his future wife, fellow art teacher, Doreen. Two daughters followed, as did a return to teacher training college, Newlands Park, as Head of Art. His pottery included ceramic sheep, frogs, brains and figures. He was one of the first intake of the OU. He also acted, playing a very believable Sir Toby Belch, designing the programme. However, in 1979 Newlands Park became a business school. With redundancy he fancied a shot at quizzes, and so appeared on Mastermind,  Brain of Britain, etc. On Bamber Gascoigne’s art quiz, Connoisseur Dad shone and was asked to act as a researcher for the second series. Later Peter wrote quiz questions for Bob Monkhouse’s “Runway”.

Peter managed an antique painting gallery in Chalfont St Giles and adored discovering bargains in dusty sale rooms. His garden was a fruitful Eden, complete with strange sculptures and ceramic animals, the setting for epicurean outdoor lunches. He was a wonderful Grandfather to Molly and Alex and Stepgrandfather to Louisa and also helped  reluctant young readers. His environmental campaigning brought back to life the missing river Misbourne. At 80 after a close call with death he threw away the key to the drinks cabinet. The mild cognitive impairment that now beset him was not always perceptible; almost to the end he could still recite lines of Goethe. Trees grown from pips are now an orchard. Months away from his Golden Wedding he died of pneumonia in Doreen’s arms en route to the GP.

Peter’s funeral will take place on Tuesday 26 March 2013. Although he was a wonderful gardener ‘no flowers’ are requested at this time - instead donations to ‘Medecins sans Frontiers’ or to the ‘British School of Osteopathy’ are very welcome. All enquiries about the Funeral arrangements to Fuggles Undertakers Tenterden - 01580 763340. 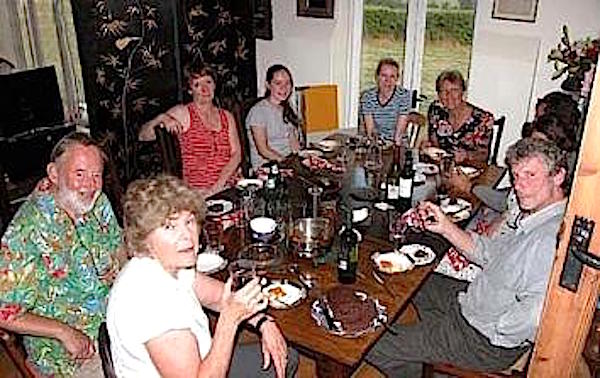 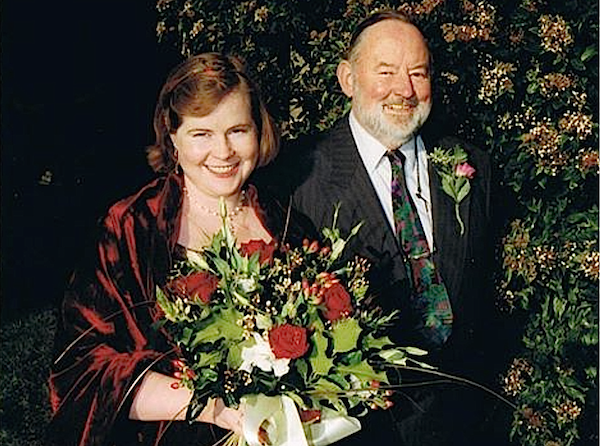