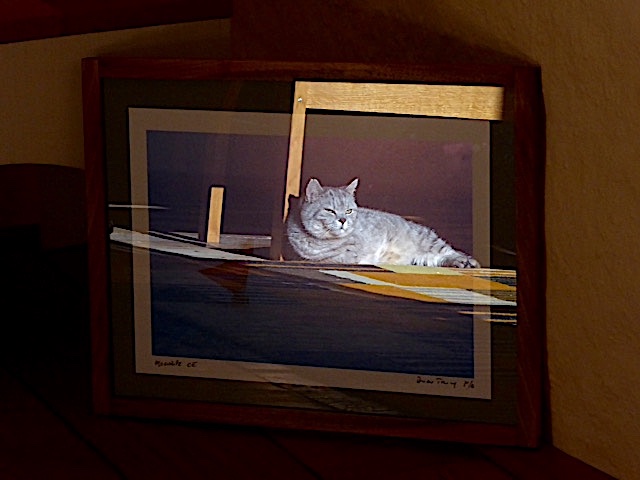 Here’s to a happy and healthy new year to you all, and to a year which is full of activities and opportunities to meet up.
There is one event on this year’s agenda where your ideas are urgently needed - the RCA Society’s contribution to the London Festival of Architecture.
Please send your ideas on this year’s theme (see below or follow the weblink to LFA) to me as soon as possible before the 15th of January 2019.
Since 2016, as a contribution to LFA the RCA Society, in collaboration with AND ‘eventSpace’, has held an exhibition and series of discussions around architecture and design. This year’s theme set by the LFA is ‘Boundaries’… a theme which has some significance in ‘Brexit Britain’. However, ‘boundaries’ is not restricted to the physical and in moving on from our ’Sensory City’ contribution of last year the Society aims to bring something challenging to this year’s theme.

On the RCA Society’s website you will find information about our past contributions to the LFA. See weblinks:
London Festival of Architecture 2016 Geo-Environment Organised by Royal College of Art Society

2019 Theme 'Boundaries'
This year’s LFA briefing:
To live in cities is to be surrounded by boundaries: borders, fences, walls, zones and city limits. Boundaries make us comfortable. They define us: they put us in our place. Good fences make good neighbours
From suburban semis with picket fences to mansions with their moats, the British have always used architecture to express their love of a good boundary: the rich man in his castle, the poor man at the gate. Look around London and everywhere you will see the architectural signals that define people past and present, their place in society, and the distribution of property.
Perhaps Brexit is a logical extension of that British desire to retreat within a national boundary – to find an imagined comfort zone and put the rest of the world in its place. But architecture in Britain – and London in particular – isn’t always so insular. London’s architects have long stepped outside national boundaries to build around the world – all the while pushing the boundaries of what a building should look like and what modern engineering can do.
London developed as a city of villages. But who really knows where Hoxton ends and Shoreditch begins? Perhaps boundaries are made to be blurred? In a city where postcode or social boundaries can be deadly, architecture should be used to shape a city that is safer and more at ease with its diversity.
What about London’s boundaries? Do the mental and physical boundaries of North and South London still apply? With London’s sweeping economic effect felt across the country, what role does the Green Belt have in constraining London’s boundaries? Where is London’s boundary? Will the city that broke free of its Roman wall burst out from the M25?
Consciously or unconsciously, maybe living in cities is really about breaking boundaries. Just as architecture can be used to constrain and define us, so can it also level us or set us free. The City’s open plan offices are an egalitarian paradise compared with the rigidly hierarchical spaces that went before. The best new housing is tenure blind. Professionally, a new generation of architects is railing against boundaries and glass ceilings that bound their predecessors.
And what about personal boundaries? A hand here or an unwelcome comment there? What’s acceptable these days? Talking of personal boundaries, what’s happened to notions of personal space? Something to ponder when crammed on the Tube. Are there no boundaries anymore?
From Party Walls to London Wall; from the Boundary Estate to estate boundaries, architecture has a lot to say about the notion of boundaries. The next London Festival of Architecture – from 1st to 30th June 2019 – will be decidedly unbound as we explore our theme of Boundaries.

My favourite boundary is gravity

Peter Ayley
Invisible, generally something we don't think about, and particularly abstract. It might even require us to think of the cosmos. We would be part of that soup if we were not here on earth with its gravity. Except that we wouldn't be here at all.

The utility of boundaries comes from helping us to concentrate - to focus on things instead of having to continuously contemplate infinity. Boundaries act as filters, helping us to exclude noise that can confuse the signal that is the object of perception. Experimentation in art, science and industry requires a limited context, whatever the motive, to permit close analysis and development. We inherit culturally defined boundaries (national boundaries etc) which have no natural justification unlike the Pyrenees separating Spain from France or the channel of water separating France from England.

The most important boundary in Architecture is that between the public and the private. It is the nub of architecture and tells you everything about a society. In much of history the doorway is where architecture establishes itself, whereas now it can be difficult to find the entrance through a glass door in a glass facade, with the irony that glass, being transparent, is considered democratic!

Conceptual boundaries are fine in the terminally creative, but architecture is three dimensional form won with great effort. The boundaries it creates must have pertinence to humanism or they will be in the bin with the fashion magazines.
Image (left) by Peter Ayley

On the Edge
Image by David Sherriff
Where the City meets Aldgate East - an eerie scene on the way to Aldgate tube ... boundary to a half finished city.